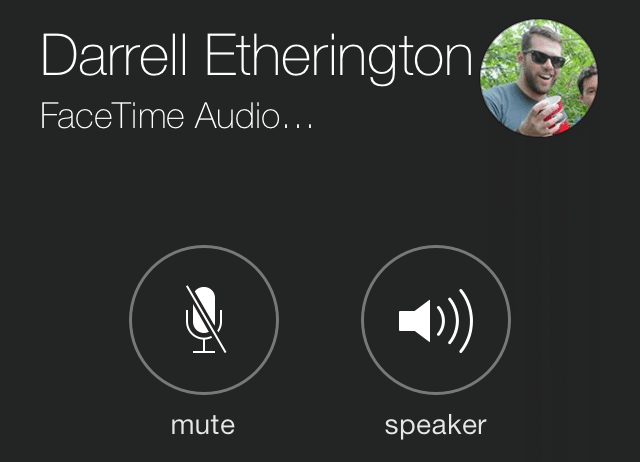 OK, so if you have a recent iPhone (4 or later), you’re probably accustomed to the occasional FaceTime. This really comes in handy for traveling parents and bedtime g’nights and such. Well, honestly, I don’t really use it in many other cases – it’s just a little too intrusive for business, in my opinion (at least for now).

Last week, Apple released iOS 7 for their devices. I’ve generally enjoyed it all around on my iPhone 5 (snappy, nice new features, etc.). Then, I stumbled on the new audio feature for Face Time. This could be really good . . . let me set up why.

A few years back, Skype was released for iPhone. To me, this was huge, because now I could make very high quality phone calls using my Wifi  or cellular data connection. And, it delivered on that – but, finding people who had Skype was the hard part. After a short time, my enthusiasm fizzled.

Enter today! I have talked to 4 or 5 people over both Wifi and Cellular (LTE specifically) and the audio is leaps above what the normal connection can offer. I can see why Apple didn’t promote this feature (AT&T would have a cow – voice calls are about their only exclusive left . . . I mean was their only).

The good news is, it’s as easy as a voice call. Look at your contact in your phone – if they have a FaceTime option, it will now show a movie camera AND  phone symbol (iOS 7 only). Just click the phone and it will ring them. If they don’t have the correct equipment or iOS version, it will quickly let you know, then you can resume with a standard phone call.

I’ve already reprogrammed my favorites list with FaceTime Audio as the preferred method – if I run into any hiccups, I’ll be sure to post it here. So far so good!